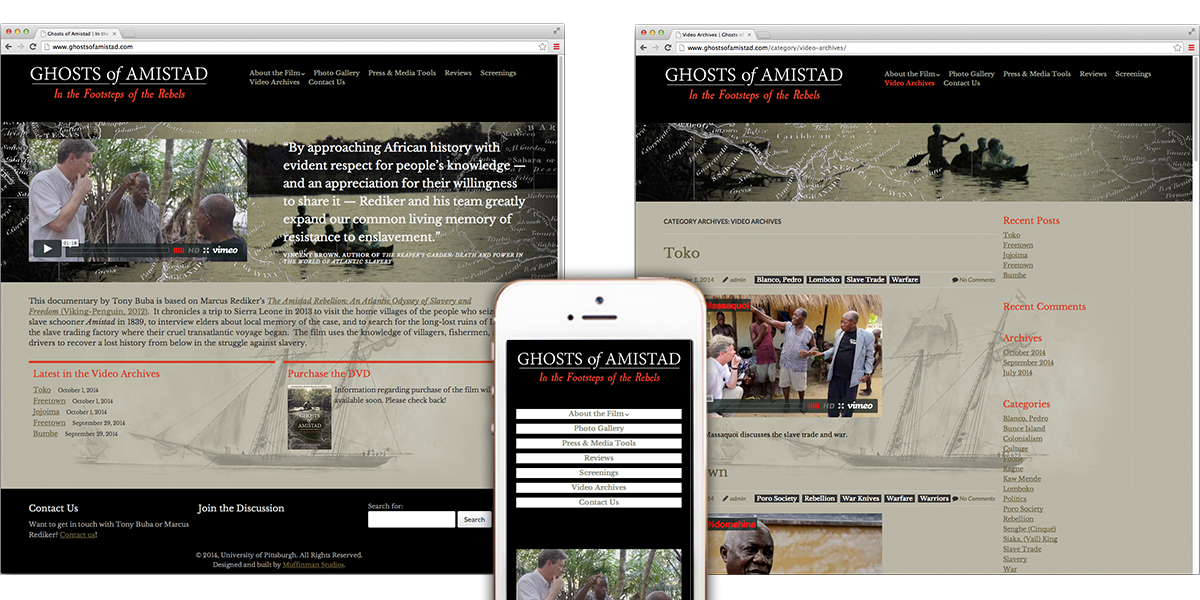 Promotional website for the documentary film by Tony Buba, based on Marcus Rediker’s The Amistad Rebellion: An Atlantic Odyssey of Slavery and Freedom (Viking-Penguin, 2012).  It chronicles a trip to Sierra Leone in 2013 to visit the home villages of the people who seized the slave schooner Amistad in 1839, to interview elders about local memory of the case, and to search for the long-lost ruins of Lomboko, the slave trading factory where their cruel transatlantic voyage began.  The film uses the knowledge of villagers, fishermen, and truck drivers to recover a lost history from below in the struggle against slavery.